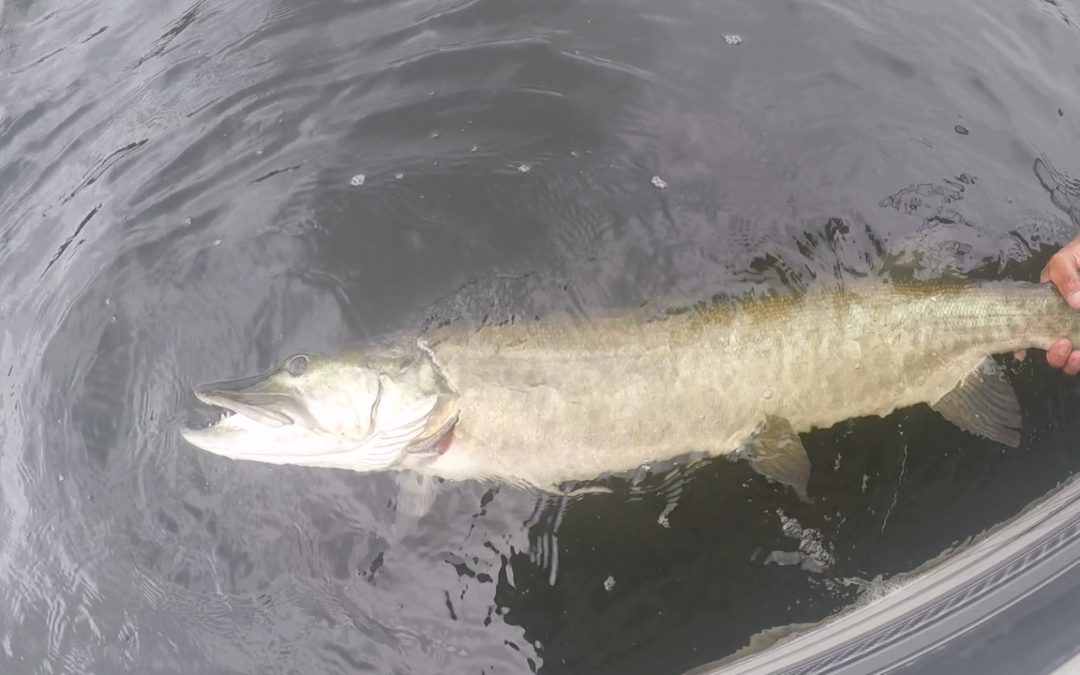 The streamer fishing has continued to be productive on most days. Cloudy days have been the best for bigger fish per usual but plenty of nice fish are available in the sun. Recent rains have bumped the water levels and fish have slide to typical high water spots on most of the rivers I fish. Deer hair flies like zoo cougars and fatheads have been producing fish in addition to bucktails and small minnow patterns. I’ve noticed that in the sun the fish eat the smaller fly better than the big fly most days. Hoppper fishing has continued to produce fish on warm sunny days. Look for streamer fishing to fire up with the next cold front and to continue to produce through December. Typically the best numbers of fish come from now until mid October. As the water temps drop into the 40s the volume of fish tends to go down but the average size goes up. If you are new to streamer fishing or looking to improve, now is the window. The best way to learn is with multiple shots at fish and this is the time of year for that. 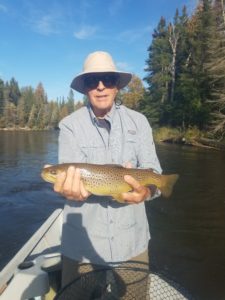 Bill with a nice mio brown

The bass fishing has been hit and miss. Cool, windless mornings make for a few hours of excellent topwater fishing, fly or spinning tackle. Silent, walk the dog topwaters are my favorite in Northern Michigan. I get a higher commitment rate out of the silent baits than the ones that rattle. I’ve fished these side by side with a friend and it was obvious. He got follows, I got eats. Finding these baits is a little harder but Tackle Warehouse has a couple of options. As far as flies, the largest size boogle bugs tend to work well. White is my best color while black or purple will catch it’s fish in low light scenarios. The key to fishing the flies is to cast and let it sit. Typically, on flat mornings the impact of the fly line will drive fish away but they tend to circle back to inspect what hit the water. 95% of the time the bite comes before the retrieve of the fly begins, just dead sticking it. This is an under used presentation strategy by many spin and fly fishermen.

Pike fishing has been good and will continue to be into mid october. Musky have taken the last week off with the warm weather but that will swing this week as the water temps begin to fall again.  We have been pulling fish on Inline spinnners, rubber baits and jerkbaits. The next two moon phases will be the peak here in Northern Michigan, once turnover hits the big fish become much harder to find. The last two state records have come from these waters around this time of year, big fish will be active.

The next 10 days are full on my calendar but I’ve got plenty of time after Oct 2nd. October will be a great month on the rivers and lakes. Look for every fish in Northern Michigan to try and pile on the pounds over the next two weeks, pre turnover on the lakes and pre spawn for the trout.